In the time I spend working in web development I had the chance to work on some great looking designs which were fun to work with most of the time. There is however a problem with many designs I see lately and that’s that they miss the fundamentals.

Maybe it’s weird to hear a design lecture from a developer, but I really think it’s good to see things from a different direction. I’ll give you my view on designs and how they lack some important things a lot of the time.

Let’s do the same thing the crowd does!

People tend to feel more comfortable in crowds and will act the same when they are together. This means that a lot of cultural elements we see every day are the same in some way.

Music sounds pretty much the same on every mainstream station. Fashion looks the same in different groups of people, making them easy to identify.

I’ve been seeing the same behaviour as far as design goes. Someone will create some new concept and it will get done a million of times over, one worse than the other. Choosing to copy someone is not bad, but just for the sake of it being “the latest thing”, that’s bad.

What I am aiming at are sites like dribbble and Awwwards. You’ll see a trend growing popularity on either of them and after that you’ll see a ton of websites with the same look and functionality without even considering if it will work properly for the target audience.

You’ll not be the one using the site

A lot of stuff that we come across on a daily basis might be very logical to use web makers, but not for the end user. A super large header carousel or a huge picture with a little caption on top of it has no function at all to the end user. You might impress some hip web making kids, but the end user won’t get it most of the time. He might even get confused and skip the website he just visited, just because he doesn’t know what he has to do with it.

The best working websites are the ones that are adjusted to their end users, not their creators. Design seems to loose focus on the target audience a lot of the time. 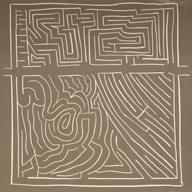 A good design always starts with some sort of wireframe where the layout and structure of the website is put together. In this layout you can see where the important parts of the page will be. You’ll also get a feeling of what the user will be drawn to. Huge headers and useless elements will not help the end user is most of the cases.

Something I also see happen a lot is changing the way people have to input information in a form. Users are used to filling out forms and picking choices in some ways that you just don’t want to change.

A form should be clear and all the elements should be clear at a glance. When an end user will struggle with a slider to pick an amount or if the user has problems filling the form out in any way there is a great chance that you lost that sale, and that’s not what you want.

Changing the user interface is fine, as long as it’s not too far from what they are used to. It shouldn’t be a puzzle how to use a website or app, it should be understandable just by looking at it.

There are tons of ways to see if your design works. One example are heat maps which track how many times users click on a part of the page. This will give a lot of insight in the importance of buttons and might bring parts to your attention that shouldn’t be clicked on as many.

Another way is to measure the path that users follow to get to the desired end you want them to go. This will help you understand how users find what you’d like them to find. If you want users to put products in their shopping cart, then you’ll have to track how users get to the point of adding the product to their carts. This will give you insights in how the design and structure flows.

Once you find a great way to measure your design you can start to improve it on functionality. Now you can test and feel the improvements you can make for your end users and see the visitors and sales rise instead of not getting your product of the ground at all.

A good design doesn’t need a pretty picture, but it will sure improve it if the fundamentals are good. It’s a shame when great artists make such nice elements but don’t put them to great use.

I am testing out multiple ways to measure design and website performance and will share my findings with you later.

Let me know what you think on what I wrote in the comments below the article.

Published on 28 August, 2013
If you have any remarks or questions, tell me so on Twitter using @GayaKessler.